Following on from the positive response I had to the original post, Ten gender-neutral gifts to buy a three year old, I thought we really needed to add some of the suggestions made by readers, as well as the things I suddenly thought of about five minutes after I posted the original article.

I also need to point out that the ‘three year old’ is a reasonably arbitrary age based solely on the fact that I have a three year old and know what he and his chums like. The majority of these gifts would probably also be appropriate for two and four year olds also. Use your common sense, refer to the tastes and abilities of the child in question and, if all else fails, ask their parents. 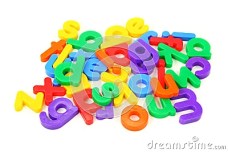 1 – Magnetic letters for the ‘fridge
Having said all that, magnetic letters are probably much more appropriate for three and four year olds than two year olds. The Boy is three and a half now and has only recently started to ‘get’ letters and words.  All kids love magnets though, so it could just be something for them to grow into.

I would never suggest that an audio CD could act as a replacement for a lovely bedtime story read by a loving caregiver (in fact, I recommend this article on bedtime stories which explains why they’re such a positive addition to a child’s life) however there are definitely times when they can be worth their weight in gold. That period when your child is giving up their daytime nap, but still needs a rest in the afternoon (as do you) is custom designed for a nice audio CD.
Car journeys, also, can be made far more peaceful by a nice injection of a Julia Donaldson boxset or a bit of Winnie the Pooh (and if you haven’t heard it read by Alan Bennett, then you haven’t lived).  The Man and I actually had a penchant for the Just William series, read by Martin Jarvis, pre-children, though they were all on cassette and will have to be replaced now we’ve upgraded our car to something with a CD player.

Enjoying this? READ  Why my son will make an incredible adult, if he lives that long

2.ii. – Nick Cope CDs
If you’re a regular follower of this blog then you will have seen before that our family is rather fond of this singer/songwriter from our lovely home county.  A founder and former member of the Candyskins, a britpop/rock band and contemporary of Radiohead and Supergrass, Cope went on to write songs from children after the band broke up in the late ’90s. His songs are fun and funny, upbeat with engaging lyrics that appeal to children but also have a bit of resonance with adults too.  We often play his songs when we’re trying to entertain The Boy but don’t want to put the TV on and they’re invaluable on long car journeys as it’s pretty much the only music we can all agree on. I recently recommended his albums to a friend of The Mater who was being driven nutty by the incessant playing of ‘The wheels on the bus’ when she looked after her granddaughter.  All his albums are fab, but I think, if I had to pick just one, The Pirate’s Breakfast is especially good, featuring The Boy’s fave, The Baby’s Done A Poo, and mine, Another Day.

3 – Scooter accessories
Round here most three year olds already have a scooter (I am already planning a list of gifts for two year olds and that will be number 1!), usually a Micro Mini as they’re so easy to steer, but that means that – much like a middle aged golfer – there’s a whole range of themed presents you can buy to trick their scooter out with the latest must-haves!  Top of the list has to be Scooter Earz – basically fleece-lined waterproof mitts that live on the scooter’s handles so you never ever ever have to have that soul destroying negotiation about gloves again.  Also available are bags, tassles, headlights, visibility lights, bottles and holders, wheel ‘whizzers’, scooter sleeves, stickers, name plates, badges, reflectors and handlebar horse heads (or dragons). Pimping your scooter is basically a gift-list on its own!

Enjoying this? READ  Top 10 gifts to buy for a new baby 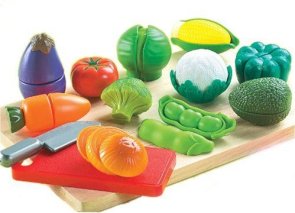 Whether plastic, wooden or felt (yes, felt) kids this age love to play at being grown up and often re-enact going round the supermarket (see item 5 on this list). My poor son, having been deprived on this experience on a regular basis by the fact we get our shopping delivered, doesn’t seem that bothered by the play food we got him, which is probably why I forgot it when writing my original list, but guests to our house often hone in on the shopping basket full of ‘groceries’ briefly sparking a renewed interest from The Boy before it yet again fizzles and dies.

5 – A cashier’s till
Now this my son actually plays with. Sod the food – he likes the money. His concept of how it works is a little off (it’s common to hear “one money, two money, three money!” and 10 pennies are worth more to him than one pound, but hey) but by gum he can entertain himself for hours playing with the till. The ones these days (and boy, doesn’t that make me sound old?) even come with a microphone to do tannoy announcements and a chip and PIN card-reading device.

6 – A watering can
Obviously only appropriate for children with access to some kind of garden or outdoor space, but there’s nothing The Boy likes better than watering plants.  It’s even something useful he can do on hot summer evenings. Win!

7 – Jigsaw puzzles
Again, keep an eye out for the age appropriateness, but a good jigsaw puzzle, in combination with a child who likes doing them, can keep the peace in a house for many minutes at a time (I’m not overly ambitious on this score. If I get half an hour I’m happy).  Good for motor skills, observation and colours jigsaws also have the happy nature of being something that can be done alone or with a friend or parent without too much squabbling.

8 – Bath toys
I can’t be the only parent who uses the bath as a peaceful and mess-containing way of whiling away some of the endless hours before bed.  For children who are subjected to this by their parents then bath toys will give them something extra to entertain themselves with (though a jug and a bottle to pour back and forth seem to excite The Boy more than the costly water-wheel device that sticks onto the side of the bath, so I’m not doing a very good job at selling this am I?). For kids who hate baths maybe this will ameliorate the experience somewhat.

9 – Tea sets
Whilst play food is not of great interest The Boy does make an excellent cup of pretend tea and greatly enjoys doing so. I even have a cute picture of him (somewhere) having a tea party with some of his cuddly friends.  Teapots and tea cups also double up as (fanfare please) amusing bath toys! These he will play with for hours without tiring.

10 – Cuddly toys
Most children have a massive surfeit of these and I, certainly, shudder with horror at the mounting piles of cuddly ‘friends’ accumulating in our house (especially since The Man and I still have a few of our own childhood chums knocking about that we can’t bear to get rid of), however, to a child, there is no joy greater than discovering a new lifelong buddy inside some shiny wrapping paper, especially if it’s bigger than you, so sod the parents, buy a polar bear the size of a Great Dane and tell them to just be grateful it doesn’t play a tune when you squeeze its ear!

Top 10 gifts to buy for a new baby